Slawko Borys was born and raised in Toronto, Ontario where he lives with his beautiful wife Oksana and their amazing children Alex and Julia.  Growing up in the Greater Toronto Area, Slawko took part in many Ukrainian-Canadian activities including participating in Ukrainian Dancing and attending Ukrainian School, however the most significant influence in his Ukrainian-Canadian upbringing was spending summers at the family cottage at the Ukrainian National Federation’s Camp Sokil north of Toronto, where he continues to volunteer his time and where he hopes to instill his love for community in his children.

Over the last 15 years Slawko has been an active member of the Ukrainian National Federation of Canada, initially joining as a member of the Camp Sokil Committee helping to revitalize the children’s camp program and facilities. He later served as UNF Toronto Branch President from 2010-2015 and then as UNF’s National Secretary from 2014 to 2016. Slawko continues to volunteer with the UNF as Treasurer of UNF Toronto Branch.

In 2013 Slawko was elected to the Board of the Ukrainian Canadian Congress and served as board member (2013-16) and then National Secretary (2016-18). Slawko was also a member of UCC Toronto’s board of directors from 2010-2013. Slawko continues to serve on the UCC’s Advisory Council.

At the outset of russia’s aggression in Ukraine in 2014, Slawko was part of the UCC Toronto’s “Euromaidan Canada” organizing committee and helped to establish and organize the many protests and social media campaigns that took place in in the GTA between 2014 and 2016.

Slawko currently serves as the Chair of the Board of Directors of Ukrainian Credit Union Ltd. Having joined the UCU board in 2013, Slawko has served on many of the board’s committees, helping to develop and implement UCU’s strategic objectives, of which the primary one is “Building Community”. In 2022 Slawko was added to the russian federation’s sanctions list for his work with UCU, and UCU’s support for Ukraine and the global Ukrainian community. 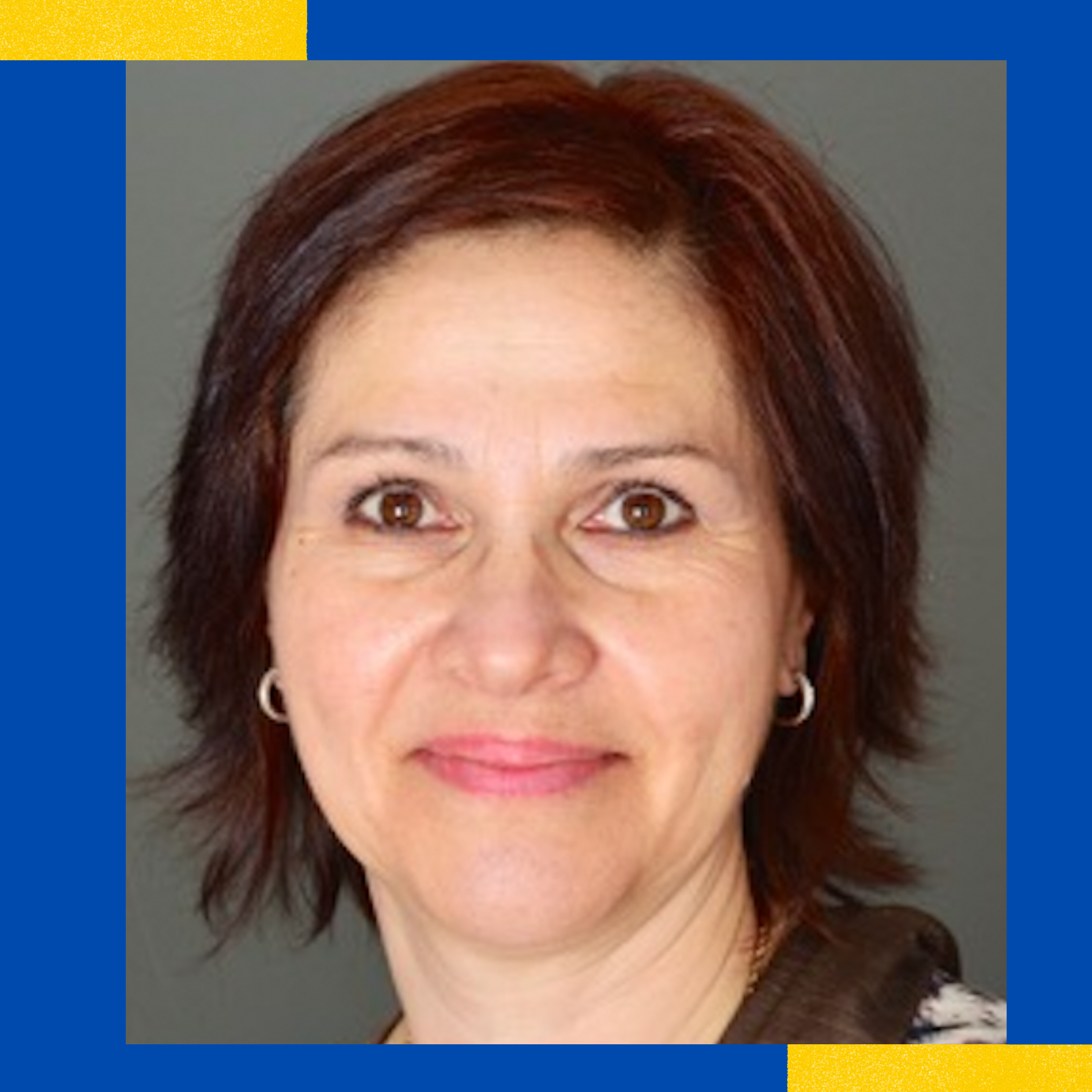 Oksana Kuzyshyn graduated from McGill University in 1983 with a Bachelor of Arts (Economics).  She joined the Canadian Armed Forces in 1985 and completed her training as a Logistics Supply Officer. Oksana deployed on several missions with the United Nations and the North Atlantic Treaty Organization. She served with the United Nations Disengagement Observer Force (UNDOF), Israel from 1998 – 1999, Bosnia-Herzegovina in 2004 where Major Kuzyshyn worked as the Logistics Plans Officer with the Stabilization Force (SFOR) Headquarters in Sarajevo. After the catastrophic earthquake in Haiti in 2010, she deployed to the military headquarters of United Nations Stabilization Mission (MINUSTAH) as the Logistics Operations Officer. Oksana is a recipient of the Queen’s Diamond Jubilee Medal. After retiring from the Canadian Armed Forces in May 2014 after 28 years of honorable service, Oksana worked for the Public Service as a procurement officer.

From childhood Oksana has been an active member of the Ukrainian Youth Association CYM where she held several leadership positions. While posted to Calgary, she served on the church committee of the Assumption of the Blessed Virgin Mary Ukrainian Catholic church and was Branch President of the League of Ukrainian Canadian Women. She was the National President of the League of Ukrainian Canadian Women from 2016 – 2019 and then joined the Canada-Ukraine Foundation as their Chief Operating Officer. Oksana is the vice-chair of the joint CUF-UCC Ukraine Humanitarian Appeal Committee established in response to the humanitarian crisis brought on by Russia’s illegal and brutal war against Ukraine. She plays a key role in the provision of humanitarian aid in the form of food security, hygiene and medical supplies, shelter to displaced Ukrainians in Ukraine and bordering countries. Oksana is married to John Kushnir, and is the proud mother of two children: Zachary Kushnir and Julia Kushnir (husband Mariusz Moskal). 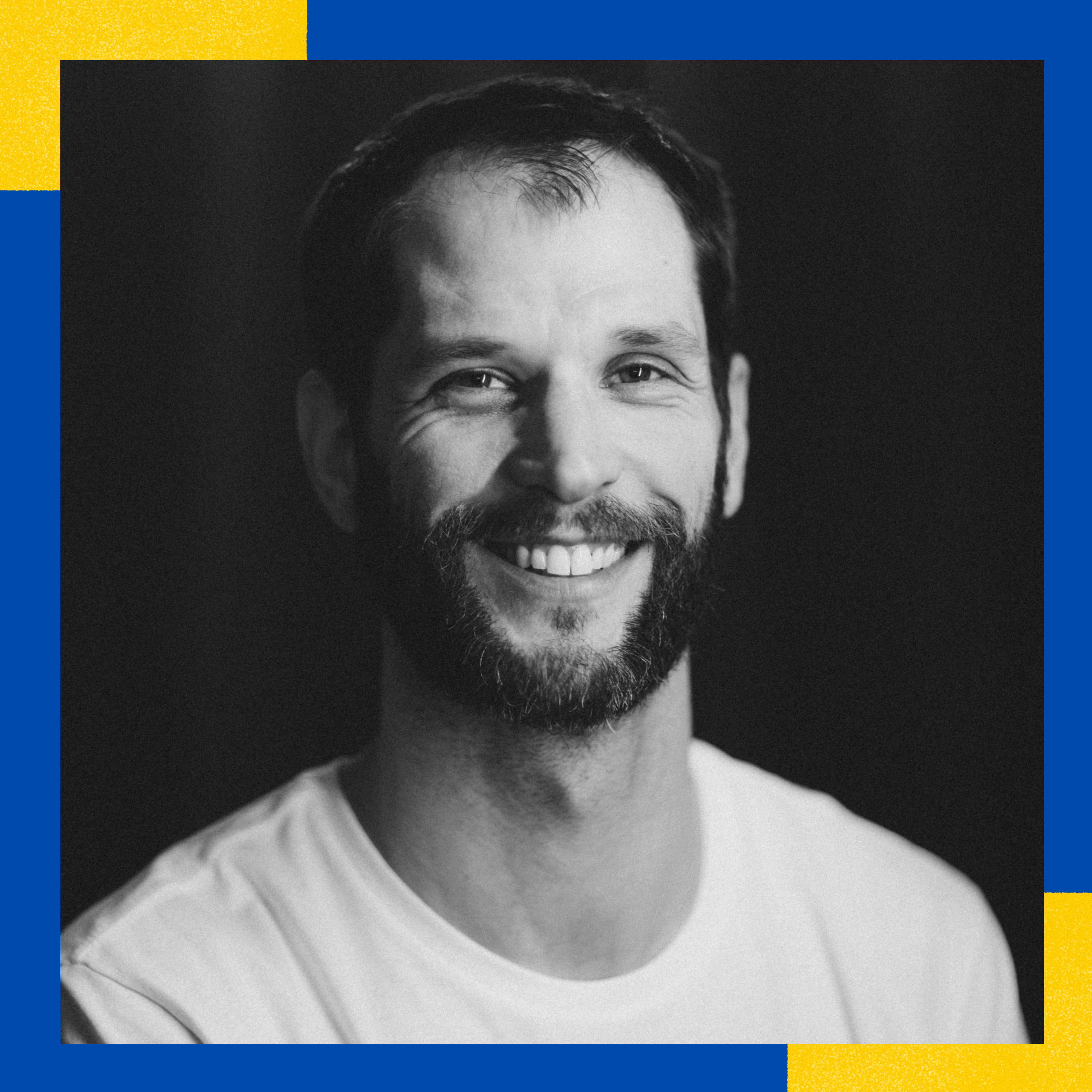 Andriy Michalchyshyn is an experienced and dedicated musician, scouting leader and educator. He is one of the founders of the ethno-fusion band Zrada, a volunteer with Plast Ukrainian Scouting for over 20 years and a long time senior years humanities teacher.  Andriy has been active in the Manitoba music scene for many years and has help exposed a wide variety of audiences to the Ukrainian language, folklore and mythology through Zrada’s unique songs.

As the band’s lead songwriter and lyricist he has striven to capture the beauty, melancholy and mystery of Ukrainian folk music in Zrada’s catalogue of songs and live performances. His volunteer work in Plast has been multifaceted and he has been everything from a camp director to a hiking guide to a cook. Andriy has truly enjoyed working with Ukrainian youth for so many years and has found that passing on his love of folk songs has been particularly rewarding.

In his professional life he is a dedicated and creative teacher who strives to instill curiosity, critical thinking and an appreciation of history in his students. He resides in Winnipeg with his wife Oksana. 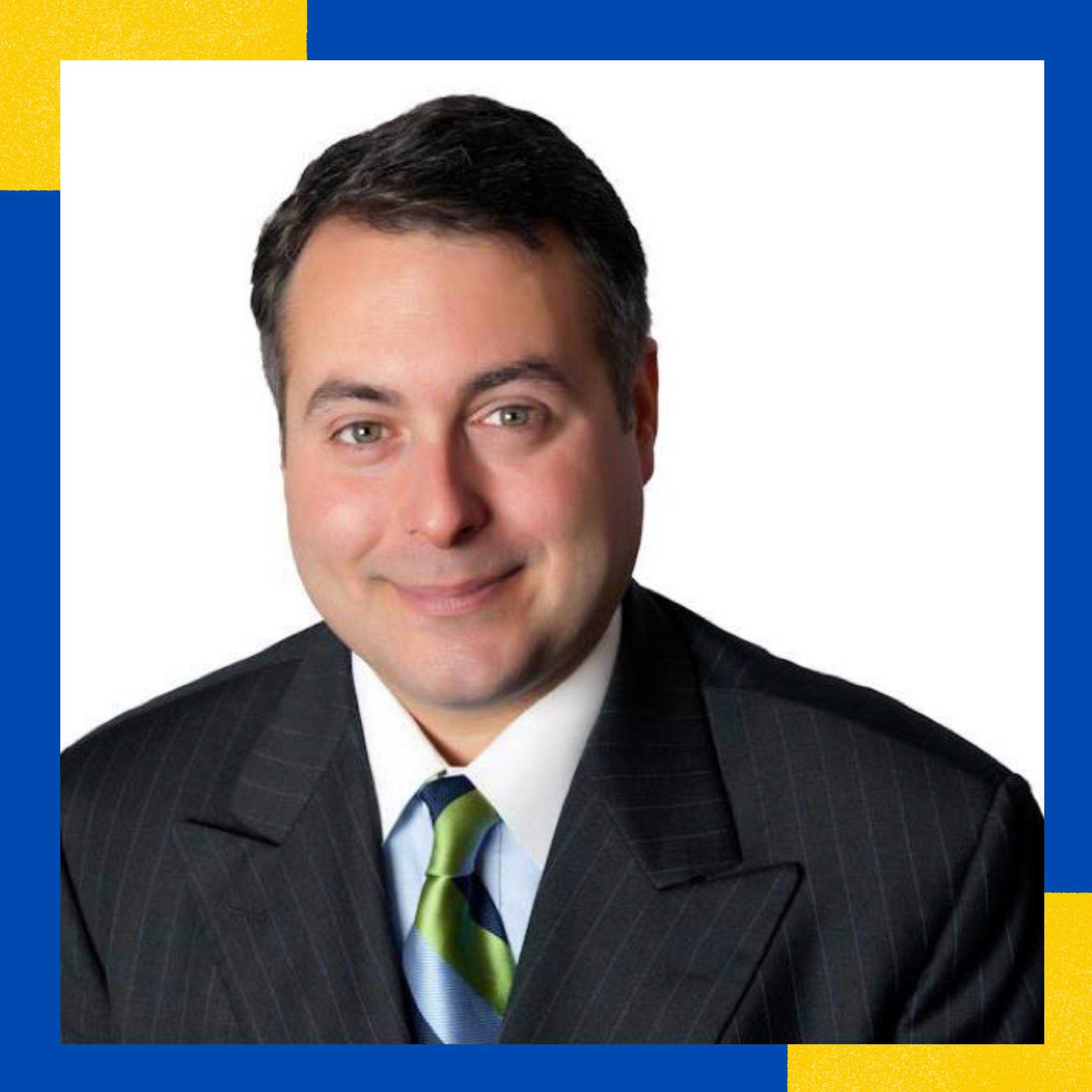 John W. Moskalyk (Johnny) was born and raised in Toronto. A graduate of the Toronto French School and the University of Toronto, John is an accredited mediator and entrepreneur. He thrives on building relationships and strengthening the Ukrainian-Canadian community. Having lived in Ukraine as a Canadian ex-pat for 7 years, John is well-versed in Canada-Ukraine relations and continues to promote international trade, with a special interest for products originating in Ukraine. 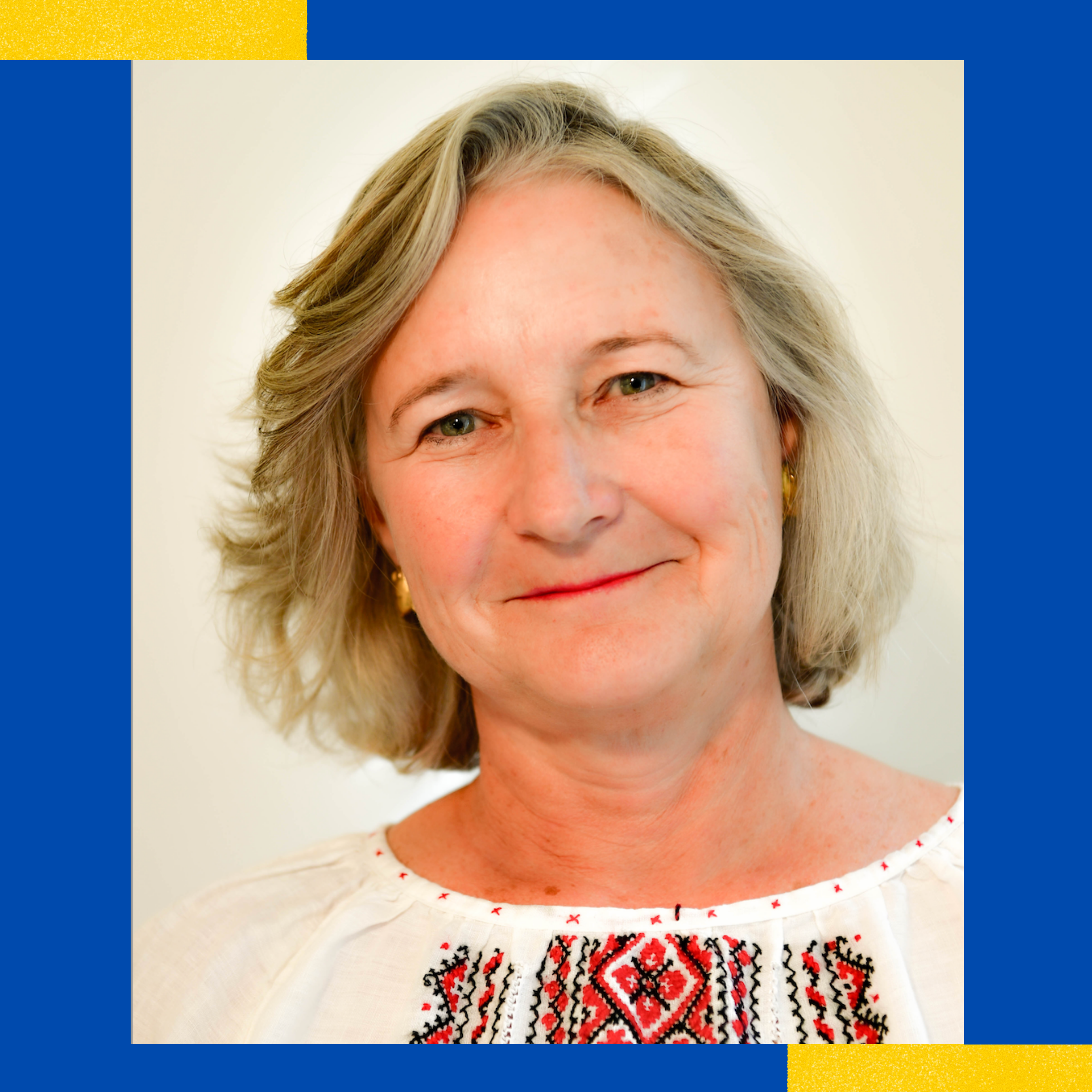 Kateryna Smolynec was raised in Montreal’s vibrant Ukrainian community.  She went to UNF ridna shkola, finished “ukrajinoznavstvo” at the Andrij Sheptytskyj School and was actively  involved in Plast (Ukrainian Scouting) as a member, counselor and leader.

Kateryna spent her professional life working in occupational  health and safety, spending over 30 years at CN Rail where she managed Occupational Health Services.   As a parent and Plastunka, Kateryna took on the role of Stanychna (leader of Plast in Montreal) and helped to organize Plast camps in Montreal as well as a national jamboree in Alberta.

Kateryna and her husband Nestor Lewyckyj are  proud of their daughters’ (Olesia and Anhelyna) engagement in the Ukrainian community and look forward to seeing their granddaughter, Dunia, follow in the Plast foot steps of her parents, grandparents and great grand parents.

Kateryna has been an active member of La Federation Nationale Ukrainienne (Ukrainian National Federation –  Montreal)  for a number of years, most recently as president.  The rich heritage of UNF- Montreal imposes a big responsibility to honor the intentions of those who built UNF, even more so now that Ukraine needs support  in defending her independence.  Along with the UNF -Montreal board of directors, Kateryna Smolynec is very proud of the support being given to our community and in particular to Ukrainians arriving in Montreal as they flee Russia’s brutal war on Ukraine and Ukrainians.

As there is much work to be done to support Ukrainians and Ukraine, Kateryna is honoured to be a director of the Canada Ukraine Foundation.  She looks forward to swimming in the Dnipro again, after Ukraine’s victory. 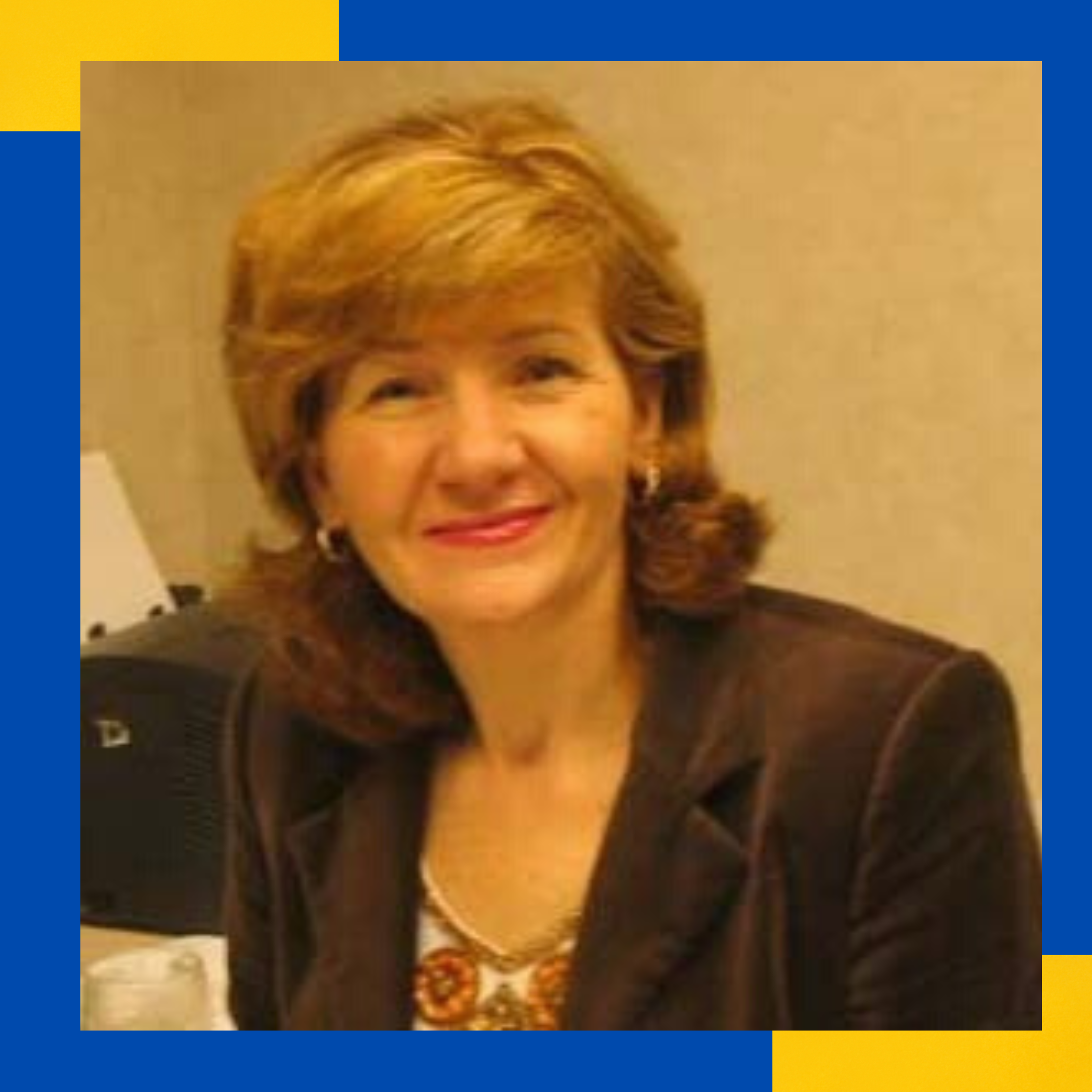 Halyna Vynnyk was born in Chortkiv, Ternopil oblast, Ukraine in 1960. She is a veterinarian by training.

Halyna is the current President of the League of Ukrainian Canadian Women (LUCW) and in addition leads the League of Ukrainian Canadians Friends of the Ukrainian Defense Forces Fund (FUDFF) since 2014. As President of LUCW Halyna promotes humanitarian and reform-oriented projects in the area of education, medical assistance, and activities that strengthen civil society in Canada and Ukraine. Previously, she was the LUCW President of the Toronto Branch for 20 years, where she led many projects focused on supporting Ukraine, such as the Euromaidan aid to Ukraine, Heavenly Hundred, etc.

Halyna has taken the leadership role for the Ukrainian Defense Forces Fund (FUDFF). She coordinates these efforts across Canada. Halyna educates the public in the needs of the Ukrainian Military; fund raises and coordinates the logistics and procurement of supplies needed. In 2017, she was awarded an honorary certificate by the Verkhovna Rada of Ukraine for her work.

Halyna is an active member of the World Federation of Ukrainian Organizations, representing the League of Ukrainian Canadian Women. 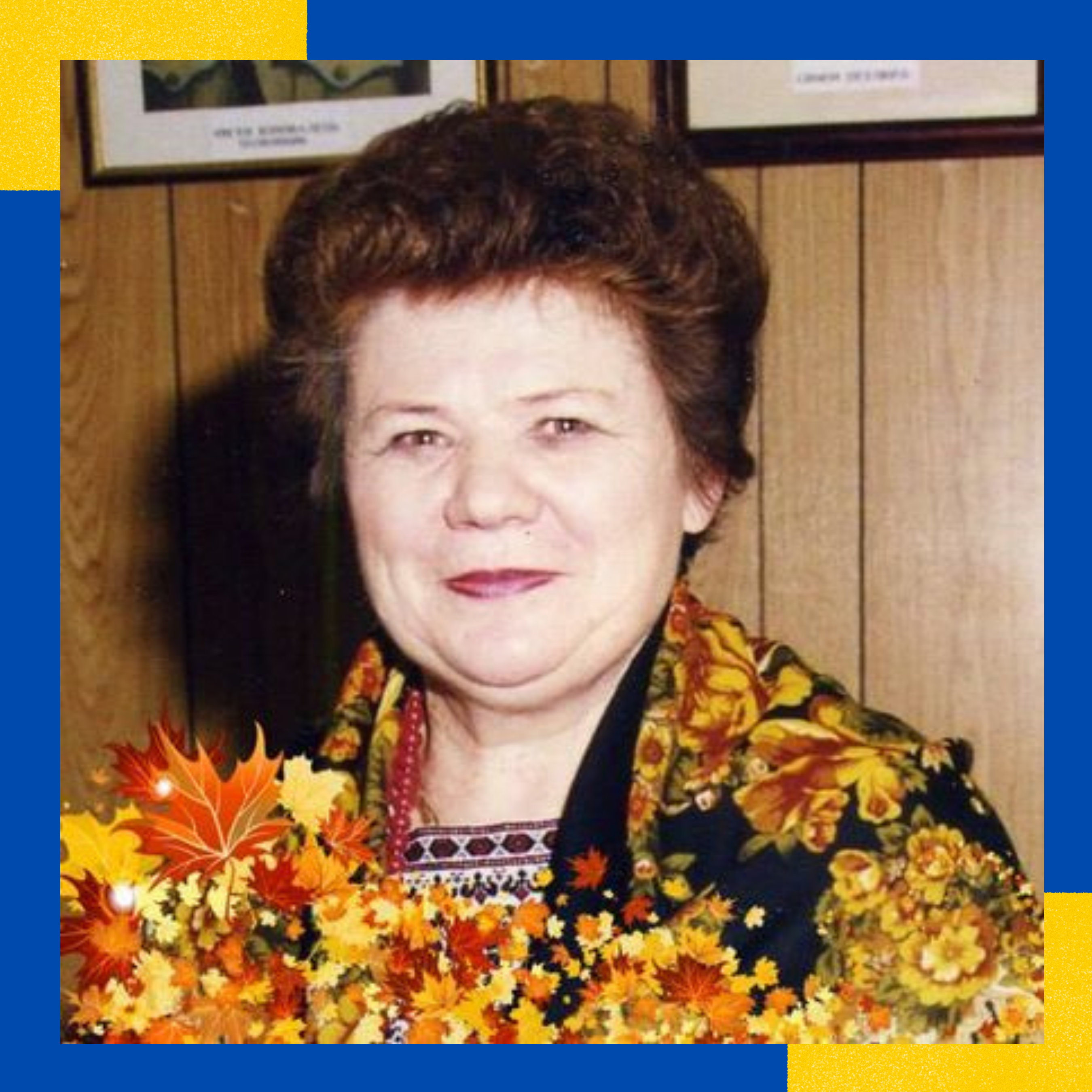 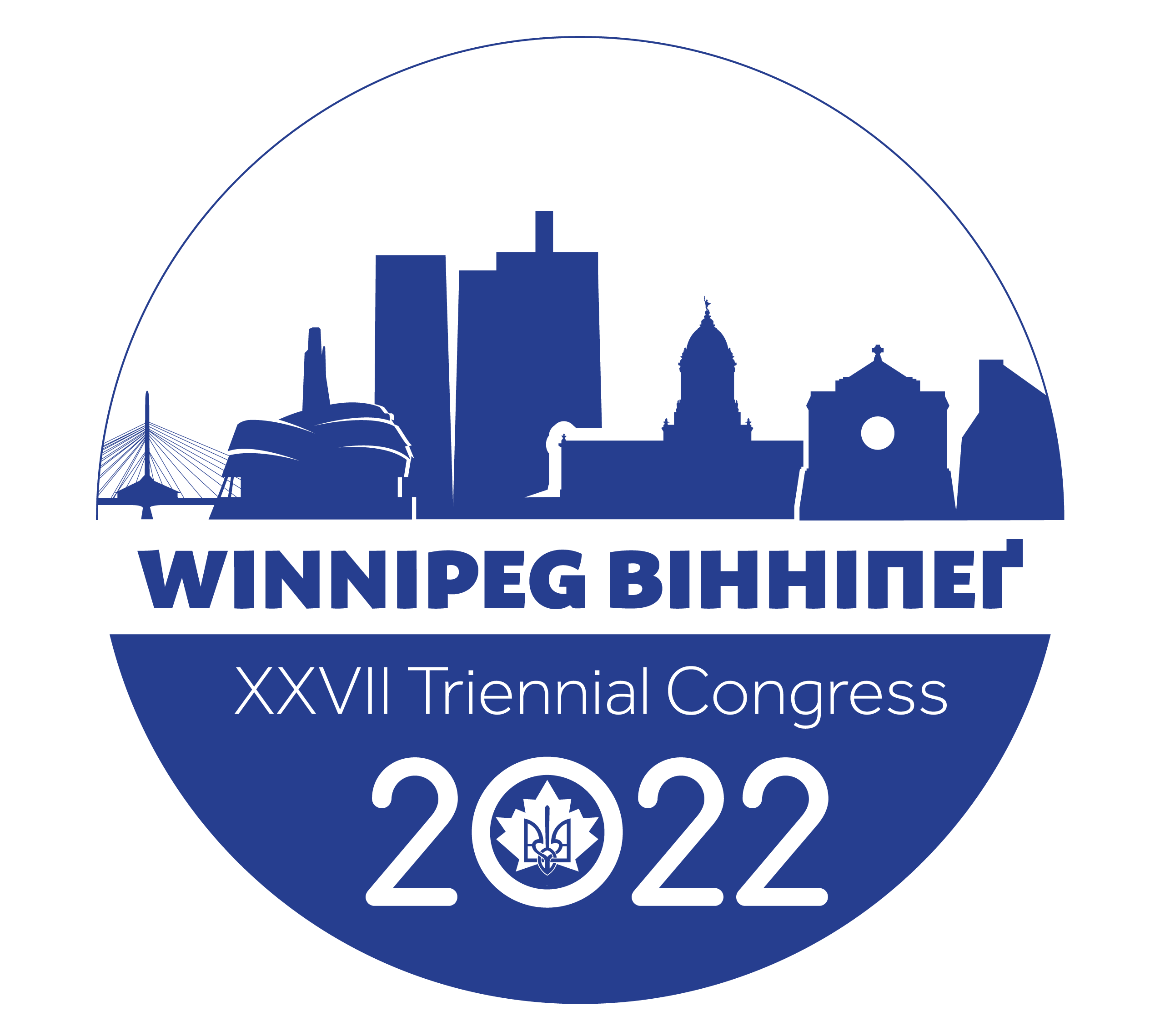