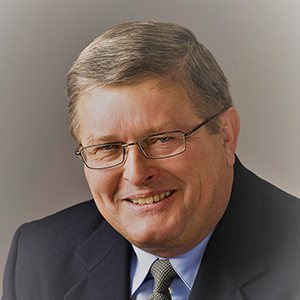 Victor Hetmanczuk is the President and CEO of the Canada-Ukraine Foundation and a member of the National Board of Directors of the Ukrainian Canadian Congress. After spending 30 years in the oil sector working as a Chemical Engineer and Logistician, he filled Executive Positions in the Canadian Charity sector for 13 years. He is currently consulting with a start-up Lubricants Blending Company.

Victor is a Graduate of the University of Toronto with two degrees: a Bachelor of Applied Science and a Bachelor of Arts. He was a member of the Logistics Institute. In his spare time, he collects Philatelic material from Western Ukraine during the period 1750 to 1945.