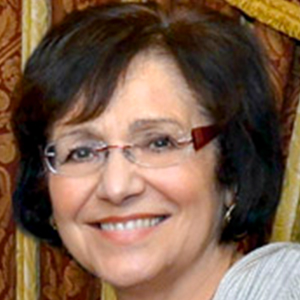 Valentina Kuryliw has been a passionate advocate for human rights and the education of responsible citizens throughout her professional career as an educator and long-standing volunteer in the community. She continues to work tirelessly on an array of advocacy and activism despite having “retired.” In her earlier years, she was actively involved in community and human rights issues. She created and organized the Community Action Group within the Civil Liberties Association of the Ukrainian Canadian Congress in response to the Deschênes Commission. She spoke out about the lack of information in Canadian textbooks regarding Canada’s First Internment Operations in World War I. She advocated for individuals, and organized petitions, regarding the plight of refugees from behind the Iron Curtain and elsewhere. As the Vice-President of the Canadian Ukrainian Immigrant Aid Society, she helped to rescue and aid five Soviet soldiers held by the Mujahedeen during the Soviet war in Afghanistan. She continues her on-going activism on the Holodomor, to which she has already made not only a significant but also a lasting, contribution. And she continues advocating for the inclusion of the Holodomor as a topic within the Canadian curriculum, and to changes in how it is taught in Ukraine.

As an educator and department head of history with over forty years’ experience, Valentina has promoted an interest and appreciation of history to students and teachers through her passion for searching for truths in the human past and their effects on the future. She shares her diverse expertise of writing, developing and teaching curriculum and preparing materials for teaching history at the high school level, with educators in Canada, the United States and Ukraine.

As a community organizer and educational leader, Valentina Kuryliw has worn many hats and moves between them seamlessly. She is the Chair of the National Holodomor Education Committee (NHEC) of the Ukrainian Canadian Congress (since 2009) and is the Director of Education for the Holodomor Research and Education Consortium (since 2013) with the Canadian Institute of Ukrainian Studies at the University of Alberta, with an office in Toronto. She is also an active member of the Board of the Ukrainian Canadian Research and Documentation Centre in Toronto (2008). She is the former Vice-President of the Canadian Ukrainian Immigrant Aid Society and the current President of the Canadian Ukrainian Opera Association (since 1996). She was a community consultant who contributed to the landmark historical Scythian (2000) and Trypillian (2008) exhibits at the Royal Ontario Museum (ROM) for which she travelled to Ukraine to liaise with the borrowing museums and consult on the display texts for the exhibits.

For the past twelve years, Valentina has concentrated her efforts on including human rights and the Holodomor in all areas of her work. She has developed instructional materials and training programs for educators and she trains educators in methodologies for teaching human rights and the Holodomor. Valentina conducts professional educator classes at Professional Development Days and in university Faculties of Education, as well as dedicating her time to teaching community workshops. She co-founded, co-directs and instructs teachers at the new education methodology lab Verba Magistri with HREC in Ukraine and the Ministry of Education and Science of Ukraine.

Her latest accomplishment is the publication of her book, Holodomor in Ukraine, the Genocidal Famine 1932-1933: learning activities for teachers and students published by CIUS Press in 2018.