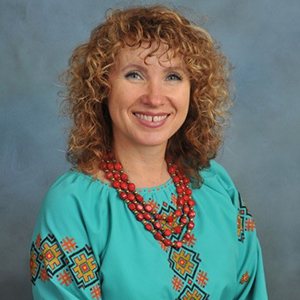 Tatiana is a teacher and administrator with long-term experience in the Ukrainian and public schools of Ontario. She worked in public schools as a teacher of mathematics, computer science and business from 1999 to 2007. Since 2007 Tatiana has been working as a vice-principal in Toronto District School Board schools; since 2005 she has served as principal of St. Volodymyr Ukrainian School in Toronto. Tatiana has served as president of the Ukrainian Canadian School Board since 2007, and as UCC National Ukrainian Education Council Chair since 2019.

During her 12 years of work in the Ukrainian community, Tatiana worked with the teachers and administrators of the city on the development of a unified system of evaluation for students of Ukrainian studies, and on developing and improving the programs of Ukrainian language learning as a foreign language. During the last few years, Tatiana has coordinated the development and approval process of the textbook series, “Let’s Speak Ukrainian” for students in grades 1-11. Tatiana regularly organizes and facilitates professional teachers’ workshops. She was Chair of the organizing committee of two National Conferences in Canada.