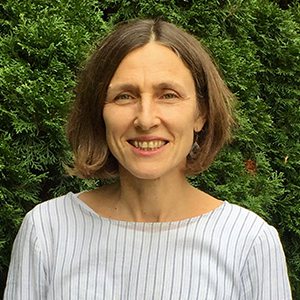 Marta Baziuk has more than 25 years of experience working in international development and the not-for-profit sector. She currently serves as Executive Director of the Holodomor Research and Education Consortium (HREC), a project of the Canadian Institute of Ukrainian Studies, University of Alberta (Toronto office). In this role, she works to promote knowledge and awareness of the Holodomor through a range of research, education and outreach activities, engaging academic audiences and the broader public. She holds a master’s degree in journalism from Columbia University.

Marta has been involved professionally with Ukraine since its independence. In the early 1990s, while representing the National Democratic Institute for International Affairs (NDI), she worked with Ukrainian activists to establish the first nationwide election monitoring organization, the Non-Partisan Committee of Voters. As Field Program Officer for Winrock International, Marta oversaw the establishment of a network of women’s centers that offer job skills training programs, domestic violence hotlines, and other services.