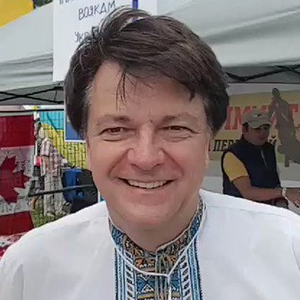 Markian Shwec has been a leader in the Ukrainian community for 30 years. In Montreal, he was elected President of the Ukrainian Youth Association (CYM), and also served on CYM’s National and World Boards. While in Montreal, Markian led many community events at various times while serving as VP SUSK, VP UCC Montreal, and on the Board of UCC National. In the early 1990’s, Markian travelled to Ukraine several times to assist fledgling democracy groups take root and work towards Ukraine’s independence.

Upon arriving in Toronto in 1998, Markian served on the Executive of UCC Toronto. As its President, Markian had many accomplishments, including leading the initiative that eventually led to a successful collection of $1.5 million and the deployment of 500 observers during the 2004 Presidential elections in Ukraine. He currently serves on the executives of both UCC National and UCC Toronto, and is Chair of EuroMaidan Canada. Markian is a Finance and Operations Executive, who holds a Mechanical Engineering degree, an MBA in Strategy and Finance, and a CMA.