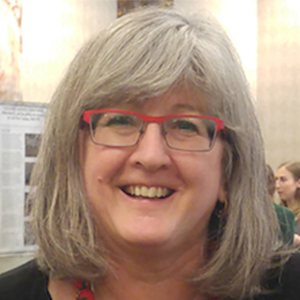 Larisa views life through the lens of an artist. She completed her Bachelor of Fine Arts Degree in Art & Design from the University of Alberta in 1981 and has enjoyed a successful career as an artist for over 30 years. She has had the opportunity to create projects around the world which have garnered national and international acclaim. Larisa is well known for her watercolour paintings of flowers – poppies and sunflowers – and endangered species, which are her specialty. Larisa particularly enjoys painting images from her Ukrainian cultural heritage. Her unique depiction of Ukrainian dance, musical instruments and typical Ukrainian imagery recreates fond memories of rich cultural traditions. Larisa is also well known for illustrating the bilingual Ukrainian/English children’s books published by Kazka Productions. Major projects have included solo exhibitions including Flowers of the Bible, Flowers of the Americas, Celebrating Women, Baba’s Garden, Dance Me (a tribute to Leonard Cohen), and the creation of a large homage to Ukrainian dance costuming entitled “An Ensemble of Colour”. Each project has entailed several years of research. Larisa’s educational and career background as an artist have weighed in on her approach and perspective – questioning materials, processes, and inspirations related to her themes.

In 2000, Larisa accepted a position as a director on the board of the Kule Centre for Ukrainian and Canadian Folklore at the University of Alberta. In that capacity she worked closely with the Bohdan Medwidsky Ukrainian Folklore Archives (BMUFA) and was inspired to return to University life as a graduate student. Larisa recently completed her MA in Ukrainian Folklore at the University of Alberta during which time she created the touring exhibition “Embroidered Memories”. She is now following up by pursuing a PhD in Media and Cultural Studies, with a focus on the digital remediation of early 20th century Ukrainian Canadian comics featuring the characters Uncle Shtif Tabachniuk and Nasha Meri.