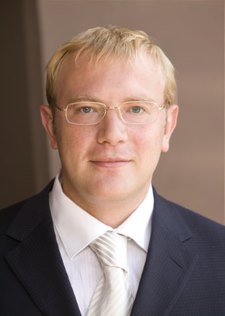 Ambassador to Canada | Government of Ukraine

Prior to the diplomatic appointment, Mr. Shevchenko had accomplished an outstanding career in politics and media. He is also well known in Ukraine as a civil activist and a human rights defender.

At the beginning of his media career in the 1990’s Mr. Shevchenko worked as a Kyiv-based correspondent for the Edmonton-based newspaper ‘The Ukrainian News’. A seasoned journalist, he was one of the founders of Ukrainian 5th Channel, the first 24/7 news channel in Ukraine, and in 2004 he was a face of the Orange Revolution for TV-audience. Prior to that, Andriy Shevchenko was a leader of the journalists’ movement against censorship. In 2002 he became the first chairman of Kyiv Independent Media Union. In 2005 he received the Press Freedom Award from ‘Reporters Without Borders’ (Vienna).

Mr. Shevchenko is a sponsor of 60 legislative acts, adopted by the Ukrainian Parliament. That includes the Law on Access to Information – a corner stone of the Ukrainian anti-corruption legislature.

In 2013-14 Mr. Shevchenko was an active participant of the EuroMaidan protests. He was deeply involved in organizing peaceful demonstrations and protection of the protesters from the brutal violence by the police and legal repressions by the authorities.

Prior to the appointment to Canada Andriy Shevchenko served as the Chief of party of the USAID-financed RADA Program.

Mr. Shevchenko and his wife Hanna Homonai have two daughters.