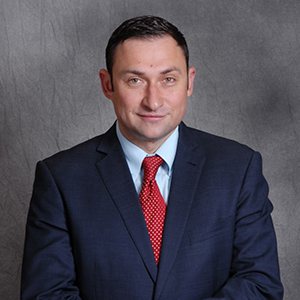 Director of Advocacy and Communications | Association of Manitoba Municipalities

Denys Volkov is employed as Director of Advocacy and Communications at the Association of Manitoba Municipalities. Previously, Denys worked in the Mayor’s Office at the City of Winnipeg.

In the community, Denys assisted in producing a documentary about the Great Famine in Ukraine of 1932-33 which was presented to the former President of Ukraine during his visit to Winnipeg. He is also a board member of Folklorama, which is the largest multicultural festival of its kind in the world, and a co-host of the “Denys and Ivas” radio show. Denys’ op-eds on the political, economic and social transformation in Ukraine are often published in the Winnipeg Free Press and Ukrainian Winnipeg magazine. He continues to organize fundraising campaigns in partnership with Ukraine War Amps to assist soldiers injured during the Russian aggression in eastern Ukraine.

Denys served as Vice President of the Manitoba Soccer Association, Director of Communications & Election Observer during Canada’s Elections Observation Missions to Ukraine in 2014 and 2019, a board member at “Oseredok” Cultural and Education Centre, a soccer coach and a board member of the Olympic Torch Relay Community Task Force.

Denys immigrated to Winnipeg after living and studying in the United Kingdom and Ukraine. In 2005 he obtained a joint Masters degree in Public Administration from the University of Manitoba and the University of Winnipeg.